Catholics and the Eucharist. 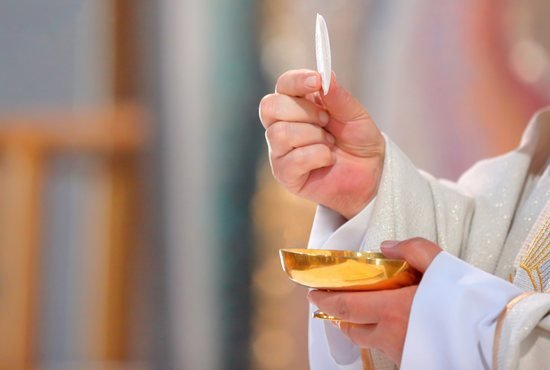 The recent June conference of the U.S. Catholic Bishops has obviously touched quite a nerve with some people. As the meeting was going on, 60 members from the House of Representatives published a “Statement of Principles” (which can be read at https://delauro.house.gov/media-center/press-releases/catholic-members-congress-release-statement-principles) asking not to be denied Communion due to their stance on abortion. Other politicians have threatened to move to end tax exemptions - specifically noting the Catholic Church - if Communion is denied (https://news.yahoo.com/california-democrat-suggests-catholic-church-191626231.html).

Why the firestorm and what can we do?

At the June meeting, the bishops approved a recommendation to compose a letter outlining reception of the Eucharist as part of the agenda for their next meeting in November (https://www.usccb.org/news/2021/united-states-conference-catholic-bishops-vote-write-document-meaning-eucharist-life). There was no indication one way or the other that politicians who voted contrary to Catholic teaching were being directed - the only references were to canons 915 ("The general rule of canon law is that "sacred ministers cannot deny the sacraments to those who seek them at appropriate times, are properly disposed, and are not prohibited by law from receiving them"; and "any baptized person not prohibited by law can and must be admitted to holy communion")  and 916 ("A person who is conscious of grave sin is not to celebrate Mass or receive the body of the Lord without previous sacramental confession unless there is a grave reason and there is no opportunity to confess; in this case the person is to remember the obligation to make an act of perfect contrition which includes the resolution of confessing as soon as possible.") I believe that the bishops are allowing time before making any further statement for two vital reasons: to allow discussion between themselves and - maybe more importantly - to allow those affected by canon 916 to do some deep spiritual discernment.
As I mentioned in my bulletin letter last weekend, the Eucharist is "Christ’s sacramental Body in every sense of the word. It is not given to us as a 'reward' for good behavior; in fact Pope Francis in a recent Angelus address called it the 'bread for sinners' (https://www.vaticannews.va/en/pope/news/2021-06/pope-angelus-corpus-christi-catechesis-eucharist.html). 'In the Eucharist fragility is strength: the strength of the love that becomes small so as to be welcomed and not feared; the strength of the love that is broken and shared so as to nourish and give life; the strength of the love that is split apart so as to join us in unity, he said."
This is something that all Catholics - ordinary folk as well as politicians - need to keep in mind as they prepare themselves to receive the Eucharist. As the Apostolic Nuncio to the United States, Archbishop Christophe Pierre, said to the bishops during their recent meeting:
“… we need to be a Church that follows the method of Jesus, which is one of accompaniment and dialogue, a dialogue directed toward salvation. … The Church offers salvation in the Person of Jesus Christ. …What is often lacking in the process of evangelization, and we certainly need to evangelize and catechize now more than ever, is ‘beginning again from Jesus Christ’… The starting point, therefore, cannot be to shame the weak, but to propose the One who can strengthen us to overcome our weaknesses, especially through the Sacraments of Reconciliation and the Eucharist.  With respect to the latter, Holy Communion is not merely a ‘thing’ to be received, but Christ Himself, a Person to be encountered.  Jesus Christ is a Person, not a concept.”
The irony is that many of the politicians who are taking such exception to the bishops' comments often cite "following their conscience" as defense. While this is certainly true, it lacks an important word: following their informed conscience. To truly follow one's conscience is not an act of one's feelings (passions) - it is an act of one's intellect and will, acting in harmony with objective truth as revealed by natural, divine and moral law (with ecclesiastical and civil law providing further guidance in accordance to the other laws).
So, as this continues to unfold, as Catholics we are called to learn about the issues (informing our intellect so that our conscience can better guide us), pray for our civil and religious leaders and do our part to help others come to see the truth. That's the witness that the person Jesus gave to us (and, yes, there were some tense moments in the Gospel when he had to "say it as it is" lovingly but firmly); that's the witness we are called to give to the world.
Sunday 9AM Live-stream Mass
Although the dispensation from Sunday Mass has ended, we will continue to offer live streamed Mass on Sundays at 9AM for those unable to come to church due to illness, infirmity or distance.
Please note that outdoor Communion following this Mass will no longer be offered due to diocesan decree.
See this weekend's Mass on YouTube at https://youtu.be/c47cECl2i64
Sent by Fr. Ed Blanchett on Friday, June 25 at 3:00PM